Who is Taurus?  Slow, steady and earthy; that’s the Taurus way.

The Taurus New Moon invites us to savor the sensuality and physicality of existence.  If only it would allow us to mosey over and sample them in our own sweet time.

May offers some delicious energy that is going to help us feel more excited and optimistic, especially when it comes to love, romance, and creative projects.

If you are looking for love or if you work in a creative field, this is going to be one of the best times to put yourself out there and begin working hard to achieve all of your dreams.

After the transformative Scorpio Full Moon, the first weeks of May kick off with some beautiful, soft, and gentle energy that is really going to bring soothing relief. We may find that it’s easier to relax and we may naturally feel more optimistic about the future.

On May 15th, we have one of the most significant and special days of the year. This is because we have the protective and supportive, Taurus New Moon and we also have the rare movement of Uranus from Aries into Taurus.

The New Moon in Taurus will be offering a very stable and rewarding energy that is going to help us maximize all that we have been working on throughout the year, particularly professionally.

If you have been feeling lost in your career, or unsure of how to turn your passion into profits, this is going to be a great time to put plans into action.

If those plans aren’t super clear just yet, it is also the perfect time to set an intention and to think about what your career path may look and feel like. Perhaps even consider writing down what you want your ideal day to feel like, and then work on bringing those feelings into your daily routine one by one. This simple exercise is likely to help you get things moving and will help you to shift your vibration.

Uranus moving into Taurus on the same day is also going to assist with this energy and may bring new insights or awakenings into your life.

Uranus is the planet of awakenings and has the power to shake up and stir whatever it touches so we can realize new things and see things from a different perspective. Uranus shakes us to awaken us and it seems that we are all being encouraged to open our eyes and embrace some new awakenings!

Because Taurus is a very grounded, stable Earth sign, Uranus may not always feel completely comfortable in this placement. Uranus energy wants us to do things on a whim and to try something completely different, whereas Taurus longs for us to move in methodical, practical steps that have been tested and proven.

This opposing energy may create challenges, and there even be a similar tug of war within your own heart and soul as well. Perhaps you will feel the need to question some of the steps you have been taking in your own life, and whether they are still serving you or whether you need to try something different.

While this energy may manifest differently for everyone, on a whole, it is likely when Uranus has finished its journey through Taurus in 2026, we are all going to have a new insight into what brings us security and what is really important to pursue in our lives.

Ultimately, Uranus in Taurus is going to be challenging us to review and assess what brings us comfort and security. Issues around money, the health of the planet, and how governments are structured and organized are all going to be top issues as well.

Each year, as spring is in full swing in the northern hemisphere, we celebrate the New Moon in Taurus.

New Moons are a time of new beginnings and new possibilities. In this Venus-ruled Earth sign, this means the sap is rising, and we’ve got an urge to embrace all of the delicious, sensual, fertile things Taurus.  The new beginnings launched by this New Moon come with quite a twist, though.

This New Moon is not about planting seeds and waiting patiently for them to grow. “It is not about building security. It’s about us beginning to prepare for the upcoming changes. “It is the pre-seismic activity before the foundational shake.”

This New Moon launches more than the usual four-week lunar month. It also ushers in the game-changer move of the entire year — URANUS INTO TAURUS!!  (yes, this deserves all capital letters)

“Within hours of the New Moon,  Uranus will move into Taurus, for the first time in 84 years!  Most of us have never experienced this energy in our lifetimes.

“When an outer planet changes signs there is always a big shift in energies. In the 1930s we saw the rise of Hitler, Stalin, Mao and Mussolini and the Dust Bowl. We also had the US Congress accept The New Deal.

“When Uranus moved into Aries on Mar. 11, 2011, there was the magnitude 9.0 earthquake east of Sendai, Japan, triggering a tsunami killing thousands of people and causing the second worst nuclear accident in history.

“This New Moon doubles as a goodbye party for Uranus in Aries. The cosmic rebel, awakener and liberator has been in Molotov-cocktail-throwing mode since he entered the sign in 2010.  All his disruptive, awakening and liberating propensities are at max and beyond as he wraps up his time in Aries.

“He’ll be back late in the year for an epilogue, but this moment is his grand finale, encapsulating what the past eight years have been about and blowing up remaining tethers to previous ways of being.

“That’s why the atmosphere has been so crazed, faster-than-fast paced and littered with broken glass, lightning bolts and whiplash-inducing news drops, messages and epiphanies.

“Uranus’s exit begins with a conjunction to Mercury, ruler of what goes into our minds and out of our mouths, as well as how we get around. It’s the meeting of two cosmic tricksters, crazy uncle and wily nephew, blowing our minds, exploding our perspectives and, amid the hubbub, birthing genius and innovation. The planets’ conjunction is exact on May 13, two days before the New Moon, and continues with a meeting by declination on May 16, the day after.”

What can we expect? “Expect this (roughly) 7-year influence to completely overhaul your approach to security and stability. Old habits will be broken, and outdated values will be left behind.  Whatever this New Moon introduces will be the first rumble of the Uranus in Taurus earthquake.”

This earth-focused Moon is also more intense than usual, thanks to an energizing trine from Pluto, lord of the underworld and bringer of unavoidable change.

“New Moon trine Pluto results in intense and deep experiences.  You will have greater power and influence over your own life, allowing for positive transformations.  You can also exert this greater power and influence over the events in your life and over the people around you.  Personal or professional problems can also be more easily resolved now.” 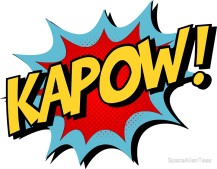