Everything in Sagittarius is enlarged and in-your-face.  But in this case, the moon will be conjunct (when two different planets link up together in the same sign) Jupiter in the sign of Sagittarius.  It’s BIG. The full moon on Monday, June 17, 2019, at 25° Sagittarius is the most important moon phase so far this year. It coincides with the two major planetary aspects of 2019, Jupiter square (An intense aspect, which often dictates action) Neptune and Saturn sextile (a friendly and flirty aspect, between signs that are 60 degrees apart) Neptune. (This means that each of the planet’s energies inspire and encourage each other instead of holding each other back. Because of this, new ideas and opportunities can flow smoothly between different aspects of one person’s life.)

The moon will be full just after midnight on June 17th.  This increases the dramatic effect which pleases the sun as it opposes the full moon and Jupiter.

So far it all sounds good. I wish I could stop right here, however, the full moon illuminates Mercury and Mars in Cancer opposing (Their wants, needs, and ideas may feel just as opposing as their placement, as each planet will be influenced by an opposite zodiac sign)Saturn and Pluto in Capricorn is not something to discount so Go to the party, sure. But be CAREFUL. Mercury is involved now; that’s driving among other things. No car wrecks, because there’s a third element involved here now. Neptune!

Neptune in Pisces will square the sun, moon and Jupiter.  This is perfect recipe for a person to get high (escape), feel overconfident (Sagittarius moon), show off (Leo) and then pay for it, dearly (Cardinal opposition).

I hate to say this, but if you’re out there, watch your drink.  It’s no stretch, to add these elements together and come up with, “date rape drug”. Emergency room are generally busy when the moon is full!

That said, just be careful (Saturn in Capricorn) and you should be fine.  Act a fool and you’ll have to rely on the old adage, “God loves drunks”.

Because the full moon takes place at 25 degrees, Sagittarius between Uranus, the Mutable square and the opposition, things will be popping all over the place. You may think you’re going to stay on the sideline – next thing you know, you’re the star.

The June 17 full moon in the Tail of the Scorpion points to negativity, mean-spiritedness, and sadness in love. However, major planetary aspects at this time have a greater influence on the full moon than its actual position at 25° Sagittarius Sign or even in the Constellation of Scorpius.

While Jupiter square Neptune can test your faith with disappointments, Saturn sextile Neptune gives a healthy dose of reality that lowers the risk of delusion and deception. It also helps you channel your inspiration and enthusiasm into hard work to manifest your hopes and dreams.

Mercury conjunct Mars brings quick thinking and a sense of urgency. But opposite Saturn it points to frustration, heated words, and even hatred. Thankfully, the trine to Neptune gives compassion and empathy to avoid conflict. It also gives the passion and vision to make your dreams come true.

A full moon has a relationship to the previous new moon. Your June 3 new moon goals can now be fine-tuned or completed, it is harvest time. The June new moon gave an incredible amount of energy and courage to succeed in realizing your dreams. But it also stressed the need for caution. So avoid over optimism and protect what you already and have.

The June 17 full moon is also the last moon phase before the July 2 solar eclipse. So it is important to look back at the previous eclipses that started this eclipse phase. There are only two weeks left to complete what you started about five months ago. It is time to finalize matters so you will be ready to start a new phase of life in two weeks time. 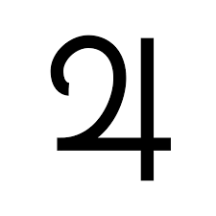 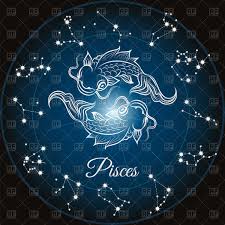