This new moon will be particularly influential on friendships. Sagittarius is a sociable sign, it inspires us to be honest, open-minded, and communicative with the people we love. It also inspires us to move forward with whatever convictions we have, which can sometimes create complications within friendships. But how the November 2019 new moon will affect your friendships specifically will depend on your zodiac sign. Some signs are positively motivated to find harmony socially, while other signs become earnestly motivated to weed out friendships that no longer serve them or change what isn’t working. No matter how your sign is affected, it’s important to trust that this new moon will be a transformative time that will improve your friendships in the long run – with the understanding that what’s in store for us during the new moon might not be immediately positive.

A new moon represents the end of one cycle and the beginning of another new 28-day cycle. Sun conjunct Moon gives an invigorating burst of energy and initiative. So this is an excellent time for making a fresh start, turning over a new leaf, or starting a new project. You can also question old habits, behaviors, and beliefs as you search for new and inventive ways to make progress.

The November 26 new moon in Sagittarius is most affected by Mars opposite Uranus, which is a very disruptive influence. The quincunx aspect creates anxiety and indecision about how to react to Mars anger and Uranus change.

The new moon is also influenced by stars in Scorpio Constellation that bring opportunities for promotion, wealth, and success. But they also indicate impediments along the way and difficulties staying on top.

Mars is in the same place as the October 27 new moon. The October 2019 new moon, also opposite Uranus, had a shocking, unpredictable and erratic influence. It made people restless, impulsive and crazy. Now Mars is reenergizing this extremely sensitive degree, and the November 26 new moon extends that explosive influence for another 28 days.

Pressure to change may come from someone with some power over you, changing circumstances or an unexpected event. You may have to change your routine, behavior or plans. It is important to be flexible and adapt to changing conditions. An adjustment is needed whether you are forced to make changes or you find a different way forward yourself.

If you resist change, become arrogant or disruptive, you will suffer losses or miss out on an important opportunity. Being stubborn or overreacting would also damage your standing and prospects. You don’t need to totally change direction but rather make minor changes or alterations. Do not go too far or be too daring. Otherwise, you may have to start all over again.

Mars opposite Uranus brings irritation, hostility and rapid unexpected change. Anger and resentment can easily boil over into rash actions and temper tantrums. Impulsiveness and disregard of tradition could lead to rebellion, breaking free from responsibilities and obligations.

This explosive energy can cause disruption, nervous irritability, personal attacks, accidents, and violence. So think twice before lashing out and reacting to provocation or frustration. If you must defend yourself against enemies, use forethought and seek guidance. You must be extremely careful if you wish to go on the attack.

Jupiter moves into Capricorn really soon (December 2ndand this sets off the big Capricorn energy we’ll be dealing with for a year. With Jupiter, this is the happy planet, the one who wants everything to go right, so having Jupiter in Capricorn can be of great help!

Jupiter in Capricorn is going to be best for the things you’ve already been working hard at for a while, have made tough but smart decisions with, have been completely responsible and ethical with, and are really invested in. In these instances, Jupiter in Capricorn and the big Capricorn energy is likely to bring great progress, achievement, recognition, or respect.

Capricorn rules our goals, so Jupiter in Capricorn helps with forming new goals for us to focus on. This is often tied to your professional life and career, but it can also be more personal goals. For each of us, the greatest focus will be on the areas of life ruled by the house(s) being toured and any planets being aspected.

If you have planets between about 24 and 27 degrees, that means they’re being aspected by Jupiter, Saturn, and Pluto in Capricorn next year (all 3!), and this is sure to be a big, important period for you where you have to simultaneously take responsibility, pursue opportunity, transform, learn, and take control. Not easy, but likely to be one of the most important periods of your life!

Saturn and Pluto in Capricorn are more serious, while Jupiter wants to be lighter. Jupiter is expansive energy at its core, so we do have to watch for the seriousness expanding too much and turning us all sour. If we can keep to the light side, Jupiter can help us to make the most of the energy. So don’t get sucked into the serious! (tip, your natal Jupiter can help show you how you can stay light)

Read my next post to see how this new moon will affect you ! 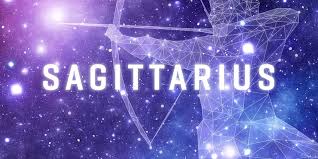