Aries
(Four of Wands, Knight of Wands, Knight of Swords)
Aries have always got a goal in your sights. This March, as we move into Aries season, the Knights of Wands and Swords bring you extra power, courage, resilience and wisdom. The Four of Wands is a ‘success card’, revealing you will enjoy a great achievement in whatever you focus this potent energy on- don’t waste it, aim high. You can move mountains in the weeks ahead, so pick the right ones.

Taurus
(Eight of Swords, Two of Wands, Ten of Wands)
Taurus, you’re overdoing it, and it’s time to clear the decks, have a spring clean of your obligations and commitments, and tidy up your schedule. The Ten of Wands shows you’re overwhelmed and overworked, but the Two of Wands also shows that you’re reluctant to make changes, you can’t see the wood for the trees. The Eight of Swords reveals this is a mindset ~thang~. Be clear, in your own head, what your priorities are and let them guide your lifestyle audit. Focus on what is important. Ditch, delegate and delay most other stuff. Breathe easier.

Gemini
(Four of Cups, Strength, The Fool)
A new beginning, a clean slate and a fresh start are just what you need this spring. The Four of Cups shows you heading towards the ~doldrums~ (a humdrum place of routine and, eventually, boredom). Shake it up! The Fool is the patron saint of new beginnings. A project, job, hobby or relationship which inspires you- invest 100% in it. Strength shows this is all necessary and important regarding your personal development. Seek a new pathway, change your routine, look for fresh landscape.

Cancer
(The Star, The Emperor, The Lovers)
A trio of major arcana cards this month, makes a dream will come true, a long-held wish will manifest in your world. Wonderful! The Lovers shows it may be related to love, or to something emotionally stirring, which perhaps you’ve felt conflicted about. The Emperor reveals the fog will lift at last, you’ll feel clear and confident about what you want… and, as a result, you’re gonna get it!

Leo
(Two of Cups, Ten of Cups, Page of Cups)
It’s all Cups cards for you this month, and that means one thing: Love!. Seriously, Cupid has got you in his sights and that arrow will be flying in on target. Who’s the lucky object of affection? Maybe a Water sign (Pisces, Cancer, Scorpio)? The Two and Ten of Cups reveal this romance has got lasting potential, and will meet all of your passionate and intense expectations. A dream lover is on the cards.

Virgo
(Seven of Cups, Six of Cups, Two of Coins)
The Six of Cups is always a hint that something, or someone, from your past is going to stroll back into your life, and mix it all up. The ex with a lingering crush? The frenemy you ~cancelled~ who’s found a new attitude? One thing’s for sure, the Seven of Cups means it’ll get you thinking, if not doing some classic Virgo-style overthinking. The Two of Coins says: don’t panic. Just carry on being you, and see what unfolds. Don’t try to control the situation. Let it flow. Who knows… might be a good thing in the end?

Libra
(King of Wands, Eight of Wands, King of Coins)
Two Kings this month (Wands and Coins) which means you, Libra, are going to be getting on top of your career ambitions and making some serious progress. #boss. The Eight of wands reveals the enabler of this is your network and communications. So, invest time in sprucing up your Linkedin, catching up with old colleagues and bosses, moseying around the ‘positions vacant’ pages, putting yourself in opportunity’s way. Something good is going to happen, and it comes from WHO (not WHAT) you know.

Scorpio
(Eight of Coins, Seven of Coins, Ten of Coins)
Spring is often a catalyst for new ideas and changes in direction. This trio of Coins cards, headed by the Eight of Coins, reveal that you’re rethinking your long-term career path. More specifically, you’re wondering about returning to education, in some way, to learn (or brush up on) new skills and knowledge. We all change course, along the way, and it’s never too late. Follow this thread, research your options, zoom in on what interests and inspires you. School’s in.

Sagittarius
(Five of Coins, Four of Coins, The Devil)
Some really powerful cards this month, and tough ones too. Don’t scream! They just indicate this can be a turning point for you in a situation you’ve carried for too long, and which has become painful. Ready? Okay. The Five of Coins sees you nursing an old wound. The event has long passed, but you still have regrets/anger/guilt/shame. The Four of Coins shows this emotional echo has gone on long enough, time to process it and move on. The Devil brings you the necessary willpower, determination and self-awareness to see it for what it is, and release these ~sticky~ emotions finally. Time to turn the page. No more self-recriminations.

Capricorn
(Six of Swords, Two of Swords, Three of Wands)
Your friends and family, as shown by the team-playing Three of Wands, are going to help you have the confidence and self-belief to make a big decision and take a leap of faith. The Two of Swords sweeps into our life when we’ve procrastinated about something, and it’s time to make that choice and get on with it. No fear because the Six of Swords shows you’re ready to move on, to pursue something new, to let go of the old. Lean on your loved ones for support, but don’t delay this vital next step any longer. It’s time…

Aquarius
(Eight of Cups, The Hierophant, Nine of Cups)
Sometimes it’s important to review our disappointments because, with hindsight, we can see things differently and even extract valuable insight and life lessons from them. Like now. The Hierophant sees Aquarius in a philosophical mood, ready to return to something which was too painful to look back over before. The Eight of Cups reveals that it’s a disappointment, an emotionally charged one. But, hey, it happened for a reason and you can see that now. The Nine of Cups promises all that hardship was actually preparation for something (or someone…) even better. Have hope, have faith, look ahead with optimism. Better is on the way.

Pisces
(The Sun, Six of Wands, The High Priestess)
What a beaut trio of cards, Pisces! The Sun is the most positive card of the tarot, promising success, joy, prosperity and fulfilment. The Six of Wands reinforces this happy vibe, as it is the tarot’s ‘victory card’. Something B-I-G is going to happen and you deserve it, you’ve worked for this. The final step is to have the confidence to reach out for the rewards, so put yourself in the spotlight and show them what you can do. The High Priestess hints that it’s something creative, maybe even a bit esoteric or spiritual. You ARE a bit of a High Priestess, Pisces. Go show them your magic! 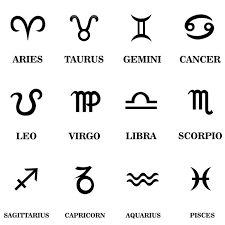